Gita Jayanti or Bhagavad Gita Jayanti is observed on the eleventh day (Ekadashi) of the bright half moon (Shukla paksha) of theMargaseersha month (November – December). It is the celebration of the holy appearance of Srimad Bhagavad Gita, the Vedic wisdom spoken by Lord Sri Krishna 5000 years ago.
​ 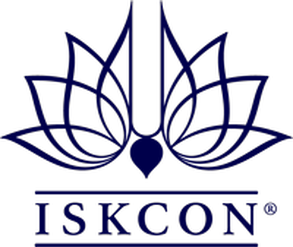 We take this opportunity to introduce ourselves as a part of the worldwide, International Society for Krishna Consciousness (ISKCON) movement, which is a Non profit, Social welfare & Spiritual organization engaged in propagating the teachings & values of the great ancient literatures of our Vedic heritage.

We are a Charitable Trust dedicated to promoting individual and global peace, harmony and prosperity by spreading the message of divine love and fraternity given in the Vedic texts of ancient India. Our Trust was originally started in 1966. Since then the trust has brought spiritual joy, integrity and dignity to the lives of millions of people worldwide through it’s over 600 branches.

Srila Prabhupada gave a clear Mission Statement for ISKCON which is outlined in the following seven points.

The International Society for Krishna Consciousness was founded by His Divine Grace A.C. Bhaktivedanta Swami Prabhupada in 1966. It belongs to the Gaudiya Vaisnava tradition, a devotional tradition based on the teachings of Bhagavad-gita and Srimad-Bhagavatam.

The precepts and practices of ISKCON were taught and codified by Lord Chaitanya, who is direct incarnation of Lord Krishna in 15th and his principle associates, the Six Goswamis of Vrindavana. Sri Caitanya Mahaprabhu, gave a powerful impetus for a massive bhakti (devotional) movement throughout India. Under his direction hundreds of volumes on the philosophy of Krishna consciousness were compiled. Many devotees have followed in the line of Sri Caitanya Mahaprabhu including, in the 19th century, an outstanding Vaisnava theologian, Bhaktivinoda Thakura who brought Krishna consciousness to a modern audience. Bhaktivinoda Thakur's son, Bhaktisiddhanta Sarasvati Goswami, who is the Spiritual Master of Srila Prabhupada, instructed him to spread Krishna consciousness in the West.

The International Society for Krishna Consciousness draws its legitimacy from its place in a long succession of spiritual teachers and disciples (parampara). There are four major disciplic successions (sampradayas), ISKCON belongs to the Brahma Sampradaya, founded by Lord Krishna Himself.

There are many branches to this sampradaya. Our society belongs to the branch founded by Sri Caitanya Mahaprabhu in the 16th century. The principle is that Vaisnava teachings should be passed on, unchanged, from guru to disciple.
The most prominent devotees in this lineage are accepted as acaryas: those who teach by example, who carry the line forward. Listed below are the acaryas, starting from Lord Krishna Himself all the way down to the Founder Acharya of ISKCON Srila Prabhupada:
Chronological History of the Hare Krishna Movement:


The International Society for Krishna Consciousness (ISKCON) commonly known in the West as the Hare Krishna Movement comes in a tradition that traces all the way back to Lord Krishna Himself. ISKCON was founded in New York in 1966 by His Divine Grace A. C. Bhaktivedanta Swami Prabhupada (1896-1977), referred to as Srila Prabhupada. His spiritual teacher, Bhaktisiddhanta Saraswati Thakura, asked him to teach Bhakti to the English-speaking world.

The Vedic scriptures state that spiritual life begins when one inquires into the nature of the absolute truth, the Supreme Godhead. Gaudiya Vaishnavas are monotheists and know the personality of Godhead as Krishna, the All-attractive. But it is also recognized that the Supreme has unlimited names such as Rama, Buddha, Vishnu, Jehovah, Allah, etc. The ultimate goal of Gaudiya Vaishnavism is to develop a loving relationship with the Supreme Godhead.

The Vedas also tell us that the understanding of the self, as being non-material or spiritual by nature, is the preliminary stage of realization of the absolute truth. To understand knowledge of self-realisation one must approach a genuine spiritual master, just as one learns the essence of any subject from a perfected practitioner.